On February 29, 2012, “Tzemach Ben David Netzer Korem” stepped down from any activities or involvement with the Dominion of Melchizedek. This is a public notice to the international community establishing on record that the leadership of the Dominion of Melchizedek has been passed to David-Parker: Williams as Head of State with the Title of Prime Minister. Below is an image of the email communication between  David-Parker: Williams and “Tzemach Ben David Netzer Korem” stating him leaving the DoM in his own words.

David-Parker: Williams has been a Member of the DoM holding the position of Ambassador-at-Large since 2006. His clear understanding on the Principle of Self-Determination, International law, and Naturalization along with the ability to conceptualize what is necessary to continue the building of the DoM; makes him the best qualified individual to lead DoM in the 21st century.

David-Parker: Williams is supported by the current members of the Body-Politic unanimously. 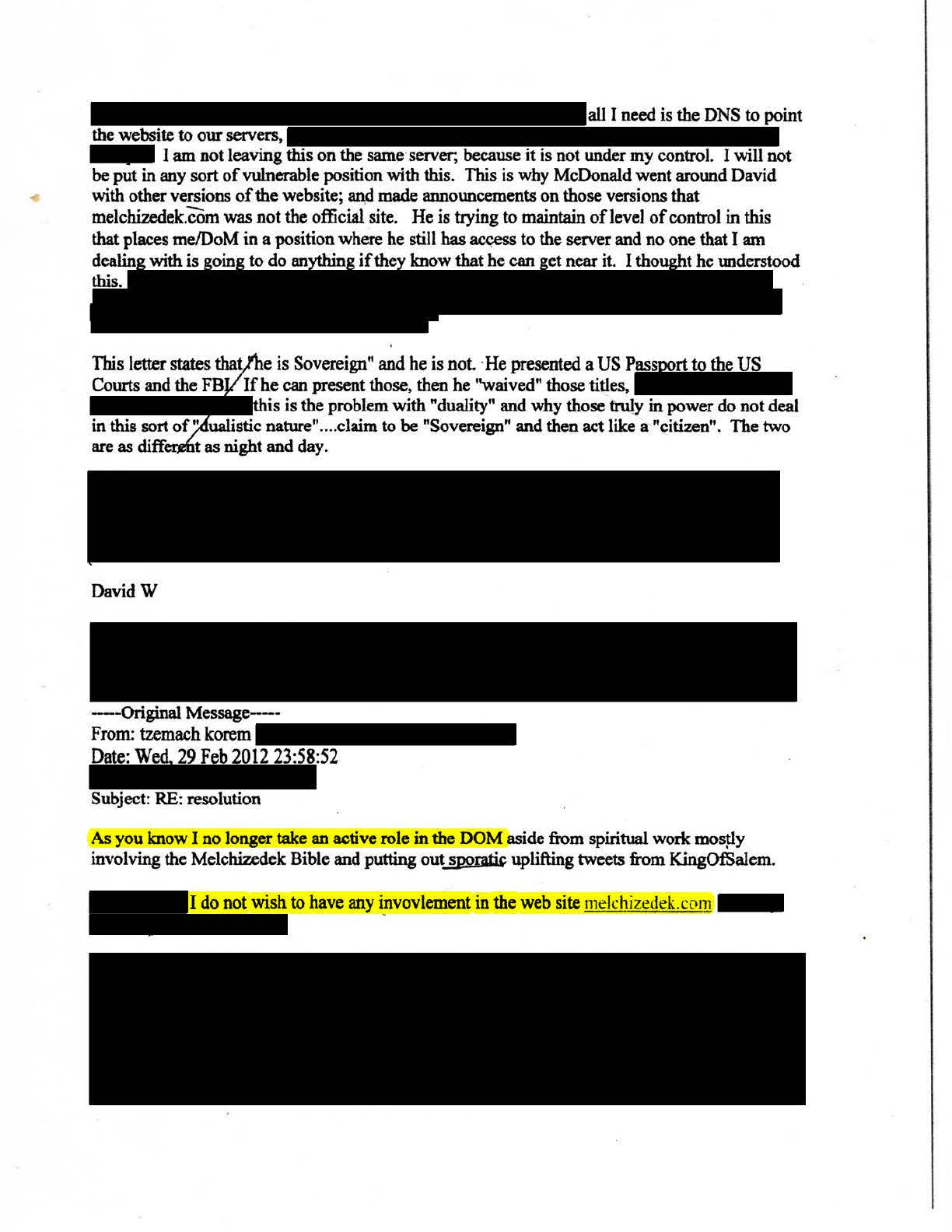 Letter of Condolence on the Death of President Jovenel Moise

Today, in the Republic of Liberia, Deputy Minister of Foreign Affairs, Brian Smith, attended a special matriculation ceremony marking the official launch of Taongi National University in Liberia. He visited Liberia as a special representative of IEPAA. The IEPAA is a...

Humanitarian Shipment for the Republic of Liberia

The Ministry of Humanitarian Aid in coordination with Mission Harvest America has completed the collection and loading of a trailer of clothing, toys, electronics, food, and other material destined for the the Republic of Liberia. This shipment of aid is destined for...

On February 29, 2012, "Tzemach Ben David Netzer Korem" stepped down from any activities or involvement with the Dominion of Melchizedek.  In his Email to the current Prime Minister, David-Parker-Williams, Mr. Korem stated "As you know I no longer take an active role...

VIEW DOCUMENT: >Belgium - Passport & Visa Agreement This Diplomatic Communique from the Government of Belgium dictates the acceptance of the Dominion of Melchizedek Passport as valid Identification of DoM Members with an open invitation to open Diplomatic...

The Republic of Burkina Faso – Treaty of Peace and Recognition